In 2016 Skin Camouflage Services patient Finleigh-Anna suffered an horrific dog attack. She and her mum Ros tell us their story.

Dog bites are more common than you would think
Worryingly NHS Hospital Episode Statistics (HES) for UK hospital admissions due to being ‘Bitten or struck by a dog’ show that between April 2017 and March 2018 7,987 people required hospital treatment for dog attack injuries. Young children are at the highest risk of dog attack injuries and are particularly vulnerable to bites to the face and neck.

Time to begin healing inside and out
Any dog attack injury is shocking and traumatic but when the initial pain subsides and the wounds heal it is time for the physical and emotional scars to be treated. Every person’s story is different and moving, each striving to meet the challenges that a potentially life changing injury can bring. Skin camouflage can make a big difference to a person’s recovery.

One day the world changed
Finleigh-Anna was a lively nine-year-old who loved swimming, gymnastics and Cheerleading when she was injured in a dog attack. The dog was not even of a breed that might be perceived to be aggressive. Finleigh-Anna suffered multiple bites to the right side of her face. Mum Ros described to us ‘I remember looking at her face thinking what on earth are they (the Doctors) going to do with that? A dog bite so savage that it left her with a gaping hole in her cheek. I asked the Doctors if the nerve damage would be permanent, would she be able to smile again? The reply knocked me sick...... at this stage we just don’t know… My world fell apart, I felt totally broken.’ 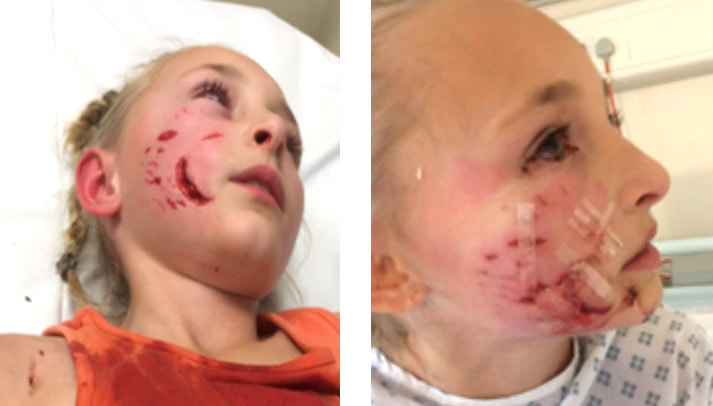 Finleigh-Anna was transferred to a specialist unit where she had surgery, she needed 29 stitches to the side of her face.
That first look in the mirror and an important smile
The risk of infection from dog bites is high so Finleigh-Anna had to stay in hospital a further two days to be given intravenous antibiotics.  Before going home, Finleigh-Anna had to face that first look in the mirror. She wasn’t sure whether she wanted to look but mum Ros was there beside her, she said ‘I wish it never happened Mam’, Ros knew that whatever she said to her daughter next would influence her for the rest of her life. Ros stood solidly behind her, as the dressings were removed, they looked in the mirror together. Ros replied;
​

I wish it had never happened too Finleigh, but it has and we have to get on with it like we always do, Mam will help you sort it like I always do.

That was enough for Finleigh, her face swollen and sore, she gave a lopsided smile. Ros was so grateful to see that smile, not least because it showed her that the nerves were working.
​ 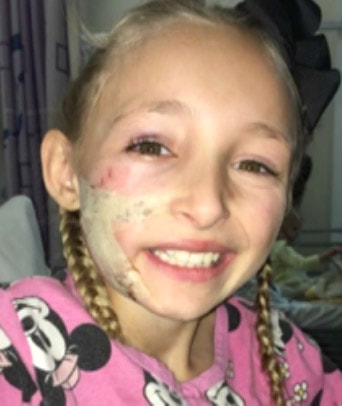 Finleigh-Anna's face swollen and sore, she gave a lopsided smile.
Facing the world with a visible difference
Finleigh-Anna went straight back to school the day after her discharge from hospital. Ros felt she needed to be back in her routine as soon as possible, but she was nervous about what to say if people asked what happened. Ever practical and direct, Ros told her that she should simply tell them that she was bitten by a dog but ‘I’m okay now thank you. How are you?’ She was trying to teach her nine-year-old to deflect the conversation away from herself. 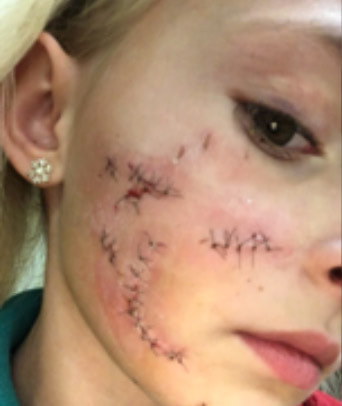 Finleigh-Anna facing the world with a visible difference.
It takes 12 to 18 months for scars to ‘mature’, only then would they know how the scars would appear for the rest of Finleigh-Anna’s life. They did what they could to maximise any improvement in the scars’ appearance, massaging oil into the scars several times a day. Ros also arranged for Finleigh-Anna to have ultrasound treatment which can help breakdown scar tissue.

Finleigh-Anna comes to Skin Camouflage Services
Finleigh-Anna and her mum Ros first came to see Vanessa in August 2017, just nine months after the attack. Finleigh-Anna was very conscious of her scars but didn’t let that stop her, she proudly told Vanessa about being a Cheerleader. She wore heavy make-up when Cheerleading but had not made any real attempt to conceal her scars with make up at other times. Finleigh-Anna herself recalls;
​

​Finleigh-Anna was excited about her skin camouflage appointment and said she thought she would want to use skin camouflage when she was older. She was keen to try a practical application of skin camouflage to see how the colours were mixed and applied. 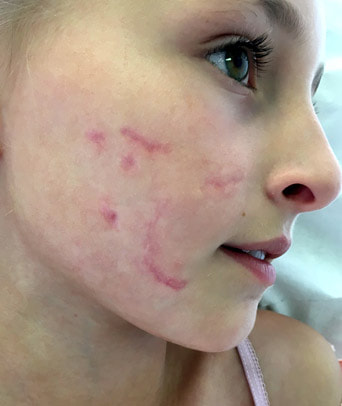 Finleigh-Anna and her mum seek Skin Camouflage Services for her scars.
Colour matching
Vanessa created a colour match which need only be applied to the scarred areas of her cheek, unlike ‘make-up’ there is no need for an ‘all over’ application. Three colours were blended to create a discreet application for a young girl. A light finishing powder was applied to ensure the skin camouflage remained waterproof and smudge proof. Ros explained that Finleigh-Anna’s scars changed to a deep red colour and looked raw and angry when she was cold which made the injuries more noticeable. Vanessa explained that this is quite usual but that the skin camouflage products would mask the colour changes she had described.

Yes, you can swim wearing Skin Camouflage
Once skin camouflage is applied it is durable and waterproof and can withstand swimming and most other sports (and Cheerleading!) for up to 24 hours, although it is advisable to remove skin camouflage products to the face at night.
​ 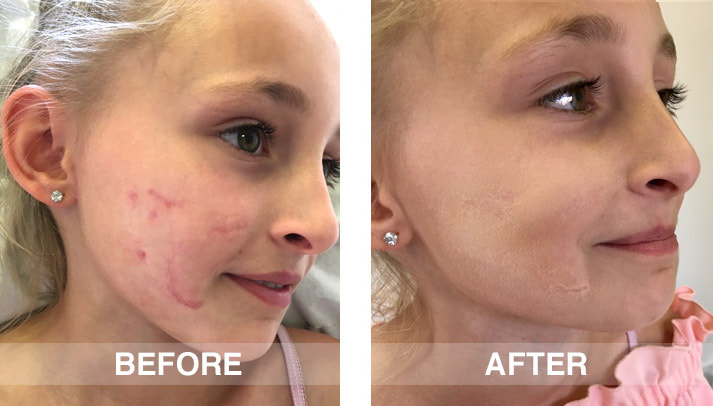 Before & After: Skin Camouflage for a Dog Bite Attack
​Another important smile
Finleigh-Anna and her mum were very pleased with the skin camouflage Vanessa prescribed and applied. Ros recalled:

...the way she (Finleigh-Anna) looked at me and smiled when she saw herself in the mirror will stay with me forever.

Learning how to do it yourself
Finleigh-Anna was keen to get started! Over two more sessions Vanessa taught Finleigh-Anna to apply skin camouflage to her scars herself, she said:
​

I remember Vanessa teaching me how to put the make up on after she had spent a long time matching the colours to go with my skin. Once we’d finished, I looked in the mirror. I had no scars. I felt really happy, I felt much more confident and not self-conscious because I knew people couldn’t see my scars. 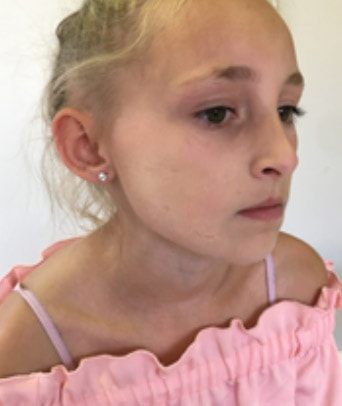 We are grateful to Finleigh-Anna and Ros for sharing their story, it is so satisfying to hear how skin camouflage has made such a difference to this plucky young lady’s recovery. 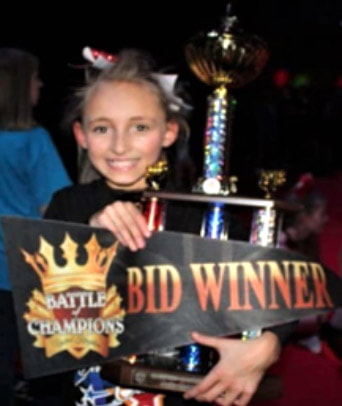